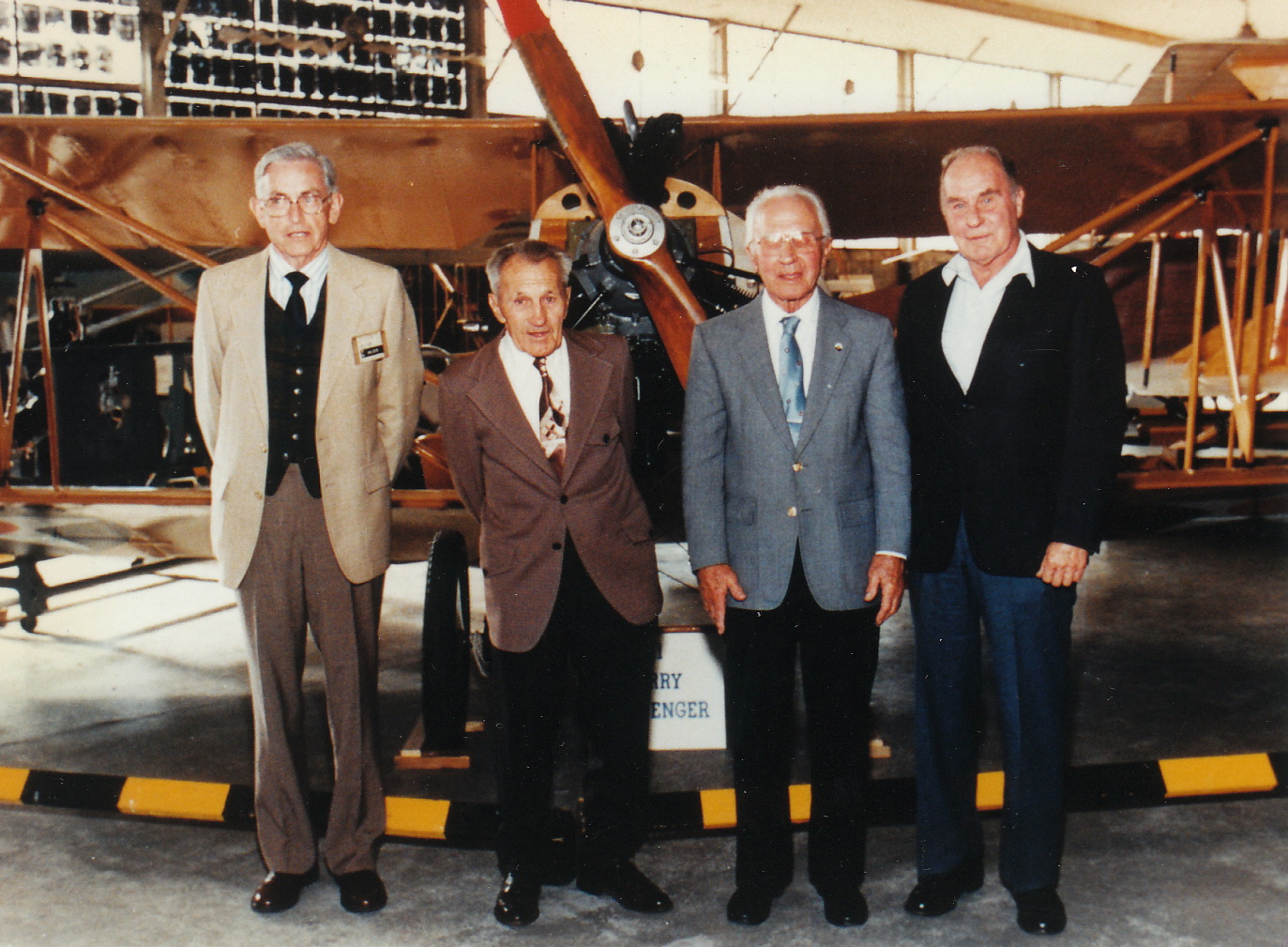 Paul Kotze (second from left) and other volunteers crafted a replica Sperry Messenger plane from original plans for Nassau County’s Cradle of Aviation Museum.  Read more about the Sperry Messenger and the replica on the Crade of Aviation website here: http://www.cradleofaviation.org/exhibits/ww1/sperry/index.html.

Paul Kotze’s father worked for the Curtiss Company when Curtiss was constructing the NC-4, the plane that, in 1919, made the first successful trans-Atlantic flight.  Mr. Kotze remembers visiting the Curtiss plant witht his father and bringing home bits of wood and silk for building models.  While still a teenager, he bought his first full size airplane for fifty dollars, which he had earned pumping gas for the Cadillac Company.  The plane had no engine and needed extensive restoration, but Kote had engine experience from his work at Cadillac, and spent time at Curtiss Field watching others work on airplanes.

As World War II approached, Kotze was recruited to work for Grumman supervising airplane construction.  During this time he developed tools, jigs, and guages to simplify and standardize the work.

In retirement, after spending 1940-1968 at Grumman, Kotze has donated his skill and his time to the Crade of Aviation Museum, doing reproduction and restoration work.  As one of the more experienced volunteers, the 92-year-old Kotze must help train new volunteers.